DEAN WATSON reveals just how incredibly easy the new adjustable Zig Float Kit makes his mid-water fishing and why it will do the same for you.

Despite its obvious effectiveness, zig fishing has remained the most under-used tactic in carp fishing for a very long time. I don’t mean by experienced anglers, the likes of whom you see in the magazines and online, but more the masses, the normal carp angler fishing waters up and down the country. For me, there’s a simple reason for this… anglers simply don’t have the confidence when using such long hook links. This is because there are inherent problems associated with zigs, or at least there were. Fox’s new Zig Float Kit has eliminated all of these issues and, in my opinion, has made zig fishing as simple as fishing with any other kind of setup. Let me explain… 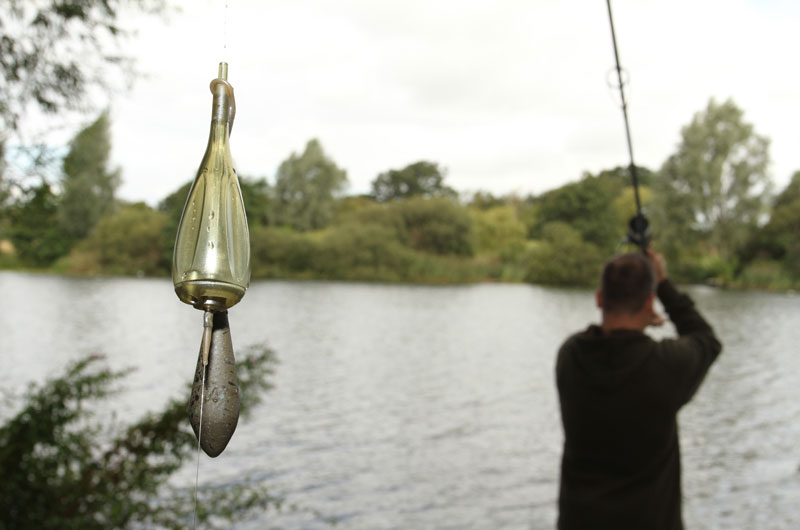 Dean makes ready to cast out his adjustable zig, confident in its ability to help him catch.

Working in my tackle shop, and so speaking to a hell of a lot of anglers on a day-to-day basis, it became obvious that zigs were seen by many as difficult to set up and use. Even when the new Zig Float Kits came in we still had to explain a little about how to use them and we found a very simple way of doing so. We describe it as being similar to a marker-float setup but with a hook link attached to the top of the float. Picture that for a moment and think about how a marker float works in allowing you to explore the depths. It’s exactly the same principle with the Zig Float Kit and, once we explain it as such, we inevitably sell one to the listening customer who soon understands how easy their zig fishing is about to become!